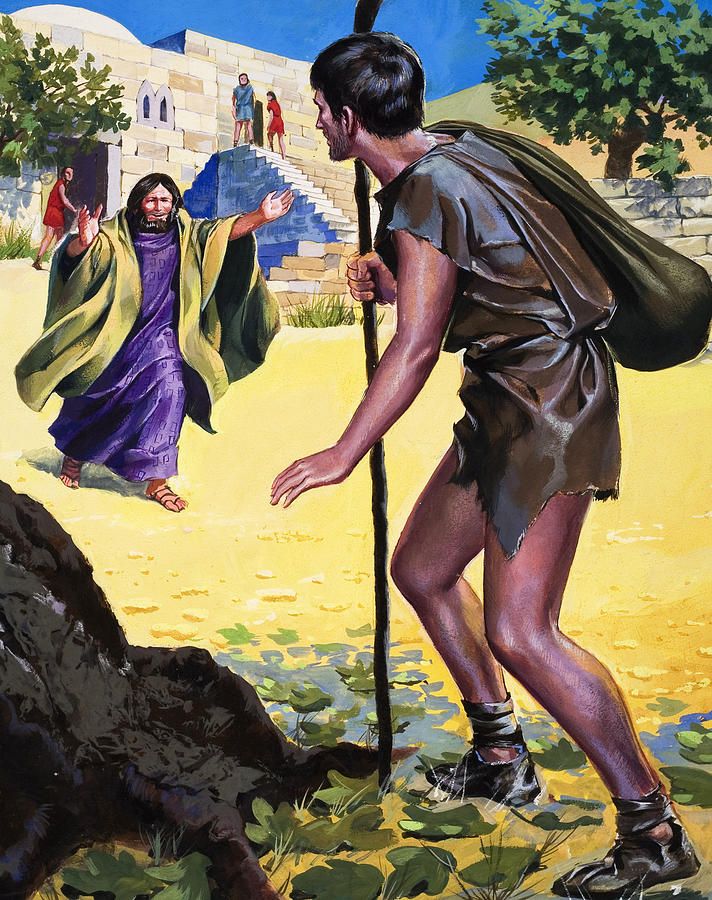 The following is one of many stories/sayings related in the first "hypothesis" of the first book of The Evergetinos, which is a collection of the sayings of the Desert Fathers. I highly recommend it, even though I have only myself just begun to study them. And if you like to study together, there is a free, open study group you can join. (The title and excerpt for this article come from another story by St. Amphilochios. I thought "valiant struggler" is a wonderfully apt description of the spiritual life!)

Without further ado, the first hypothesis (that is, the proposed truth about the faith, which is supported by the given sayings of the Fathers) is:

No one should despair ever, even if he has committed many sins, but should have hope that, through repentance, he shall be saved.

A certain brother, overcome by the passion of wantonness, sinned every day. However, each time, with tears and prayers, he would fall before the Master and Lord and receive forgiveness from Him. And as soon as he had repented, the next day, being misled again by shameful habit, he would fall to sin.

Afterwards, having sinned, he would go to the Church, where he would prostrate himself before the honorable and revered Icon of our Lord Jesus Christ and tearfully confess to Jesus: "Lord, have mercy upon me and take away from me this fearful temptation, for it troubles me fiercely and wounds me with the bitter taste of the pleasures. O my Master, cleanse my person once more, that I may gaze upon Thine Icon and see Thy holy form and the sight of Thy face, brighter than the sun, that my heart might be sweetened and thankful."

And though his lips had just whispered these words, no sooner would he leave the Church than he would fall once again to sin.

Despite this, however, he did not despair of his salvation, but, returning from his sinful deed, would cry out in the Church the same words to God--to the Lord, Who loves mankind--adding the following: "My Lord, I swear to Thee on my word that I shall no longer commit this sin. Only forgive me, Good and Most Merciful Lord, whatever sins I have committed, from the beginning to this moment."

No sooner would he utter these awe-inspiring words, than he would find himself the captive of this evil sin. Let no one cease to marvel at the sweet love of God towards mankind and at His boundless goodness, with which He each day tolerated the uncorrected and evil transgression and ingratitude of the brother. Indeed, God, because of the greatness of His mercy, persistently accepted the repentance of that sinful brother and his inevitable return. For this happened not for one or two or three years, but for more than ten years.

Do you see, my brother, the measureless forbearance and boundless love of the Master?  How He continually endures, showing to us kindness, tolerating our terrible transgressions and sins? And what evokes astonishment and wonderment with regard to the rich mercies of God is that He did not become wrathful with the brother in question, though the brother, agreeing not to fall to sin again, continually broke his word.

At any rate, one day when all that we have described again occurred, the brother, having fallen to sin, rushed to the Church, lamenting, groaning, and crying with anguish, to invoke the mercy of God, that He might have compassion on him and take him from the sin of immorality.

No sooner had he called on God, the Lover of man, than the Devil, that evil of old and destroyer of our souls, seeing that he could gain nothing, since whatever he accomplished by sin, the brother expunged by his repentance, became infuriated and appeared visibly before the brother. Facing the Icon of Christ, the Devil said to our compassionate Savior: "What will become of the two of us, Jesus Christ? Your sympathy for this sinner defeats me and takes the ground I have gained, since You keep accepting this dissolute man and prodigal, who daily mocks You and scorns Your authority. Indeed, why is it that You do not burn him up, but, rather, tolerate and put up with him? ...Is it because one day You intend to condemn all of the adulterers and the dissolute, and You will destroy all sinners?

"Actually, You are not a just Judge. But by whim Your power is sometimes applied leniently and overlooks things. So, while I was cast from the heavens down to the abyss for a little breach of pride, to this fellow here, even though an immoral man and a prodigal, You calmly show Your sympathy, just because he throws himself down in front of Your Icon.

"In what way can You be called a just Judge, then? For, as I see it, You receive individual people with great kindness, but ignore justice in general."

The Devil said all of this, poisoned with great bitterness, whilst there poured forth from his nostrils a black flame.

Having said these things, he fell silent. A voice was heard in response, coming forth from the Divine sanctuary, saying the following: "O all-cunning and ruinous dragon, are you not yet satisfied with your evil and destructive desire to gobble up the world? Now you have even the nerve to try to do away with this man, who has come with contrition to entreat the mercy of My compassion--to devour him, too? Can you offer up enough sins that, by them, you can tilt the balance of justice against the precious blood which I shed on the Cross for this man? Behold My murder and death, which I endured for the forgiveness of his sins.

"You, when he turns again to sin, do not turn him away, but receive him with joy, neither chastising him nor preventing him from committing sin, out of the hope that you might win him over. Yet I, Who am merciful and love mankind, Who counseled My laudable Apostle, Peter, to forgive sins seven times seventy (Matt 18:22), do I not show him mercy and compassion? Indeed--simply because he flees to Me--I will not turn him away until I have won him over. Furthermore, I was crucified for sinners and for their salvation; My immaculate hands were nailed to the Cross, that those who so wish might take refuge in Me and be saved. For this reason, then, I neither turn away nor reject anyone, even if he should fall many times a day and many times return to Me; such a person will not leave My Temple saddened, for I came not to call the righteous, but to call sinners to repent."

During the time that this voice was heard, the Devil was fixed in his place, trembling and unable to run away. The voice then again began to say: "We have heard from all that you say, O Seducer, that I am not just; to the contrary, I am just beyond all. In whatever moral state I find a person, in that state I judge him. Look at this man, who a few moments ago repented, having returned from sin and having fallen at My feet with a sincere resolution to abandon sin, and thereby having conquered you.

"Therefore, I will accept him immediately and save his soul, since he did not lose hope in his hard toil for salvation.

"Look how much he merits by his repentance before Me, for which he is honored. As for you, let your hatred be shred to pieces and you be disgraced."

From this incident, my brothers, let us learn of the limitless compassion of God and of His love of man--what a good Master we have!--that we might never again be disheartened by our sins, but rather look after our salvation with zeal.